Over the weekend, Ben acquired a five (more like 6) gallon bucket filled with brass for reloading.

After he sorted it, lovingly stroked it, and oogled it, he had to find a place to put said brass.  Which was a problem.  Yes, we’ve added cabinets and shelving, but he had already filled two cabinets with other ammo and brass.  Notice the ammo cans behind the buckets in the photo above?  And we certainly don’t what to put an 80 pound bucket on an upper shelf, even if the bucket weren’t too tall to fit.  Hearing something crash down is never a fun event.

Luckily, we have some unused space behind that curtain.

Now you see why we hid that behind a curtain, and this was after cleaning all the junk out.  The plumbing along the floor is from the geothermal to our well, the water heater hangs on the wall, and the wire poking out of the sheet rock is not hot, but is for the future steam generator for the basement bathroom.

We decided we could build a shelving unit to store Ben’s ugly reloading equipment and our left over paint.

First, the boys measured the space to see what the largest size could be. 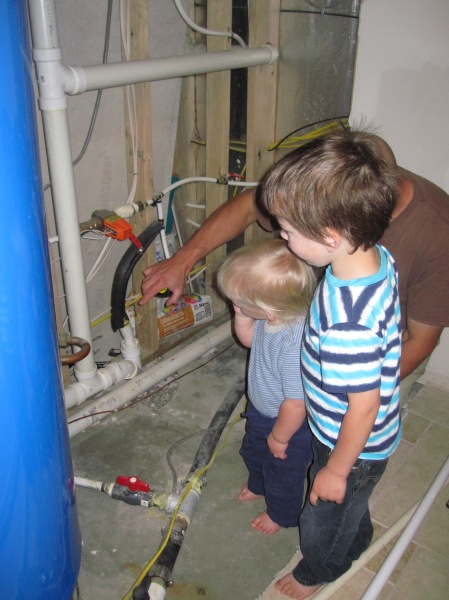 A few 2 by 4’s and scrap plywood worked nicely.

Sorry, I don’t have any in progress shots because it went pretty quickly while I was tending to the kiddos.  Basically though, Ben used long screws to secure 2 by 4s to the wall and resting on the floor.  Then, he screwed a vertical support and plywood.  It’s not the prettiest shelf, but it works and is hidden. 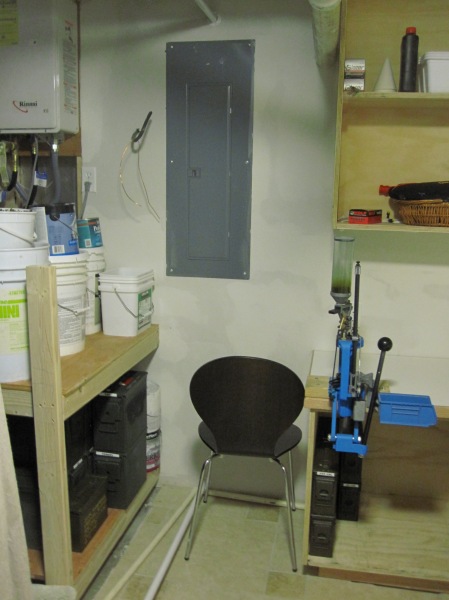 Previously, our left over paint cans were hidden away in the unfinished steam shower, aka under the stairs, blocked by a pile of tile. 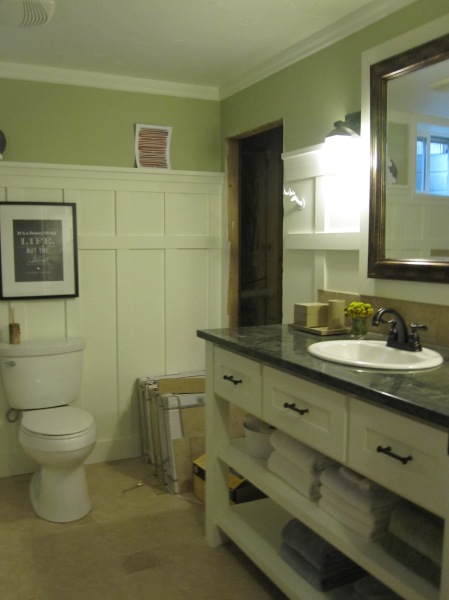 The bad news?  We still have plenty of work to do before we can start painting and decorating the laundry room.  Like add trim around the door and floors.

And install decorative faces and cover the wires on the upper shelves. 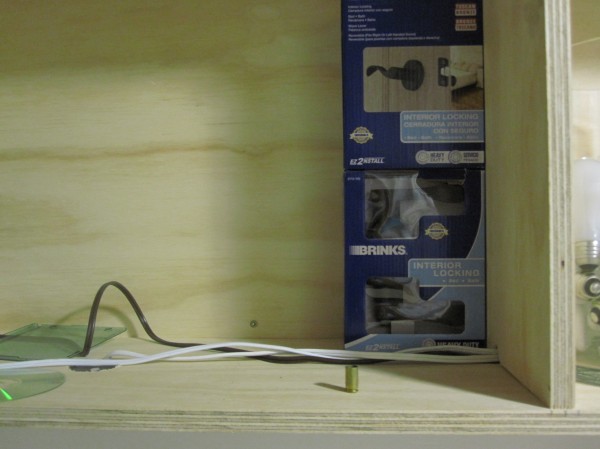 Though, a few weekends ago, I did wet sand the drywall to prepare for primer. 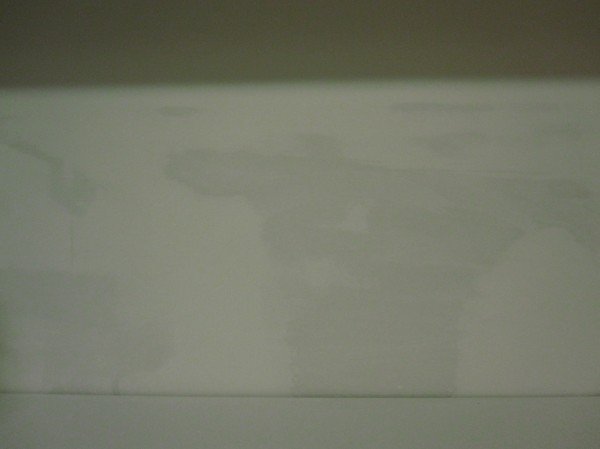 Then, I still have to convince Ben of my back splash solution.  Apparently he doesn’t want anything pretty in his office.  Does he know who he’s married to?  Why wouldn’t I want the laundry room to look pretty?

Even though this room is far from done, it is usable.

Do you have to find creative ways to store your (or your hubby’s) junk?  Where do you keep your left over paint?  I’ve thought about keeping a small jar of each color for touch up and pitching the rest.  I mean really, if I’m going to  repaint an entire room, why on earth would I ever use the same color again?

7 thoughts on “That’s a Little Shelf-ish”