Right now, we’re kind of between projects.  Planning some while waiting for materials to come in/get delivered for others.  One of those projects is a fireplace revamp.  First off, neither Ben or I like the look of the 70’s moss rock; it’s dark and looks dirty. 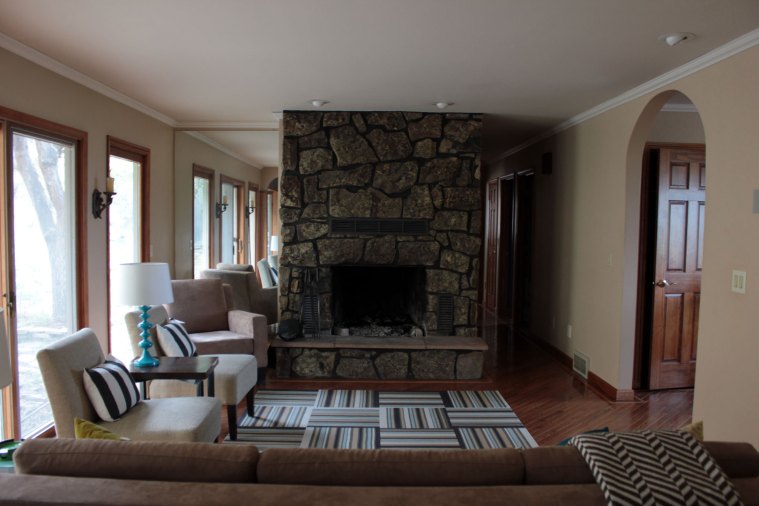 Secondly, the placement of the vents and fan are less than ideal.  What’s a fireplace without a mantel?  But most importantly, the open wood burning fireplace is a huge cause for concern.  We can’t leave a burning fire unattended, fearing an ember will land on the rug and burn the house down.  The ash gets everywhere, and we can’t control the intensity of the fire.  So, we’ve ordered and are waiting on our wood burning insert.

Because the insert weighs about 600 pounds, Ben decided to start on the surround before we have to move a hulking insert around.  To get started, Ben laid out wood (to protect the floor) and chipped rock off the hearth face. 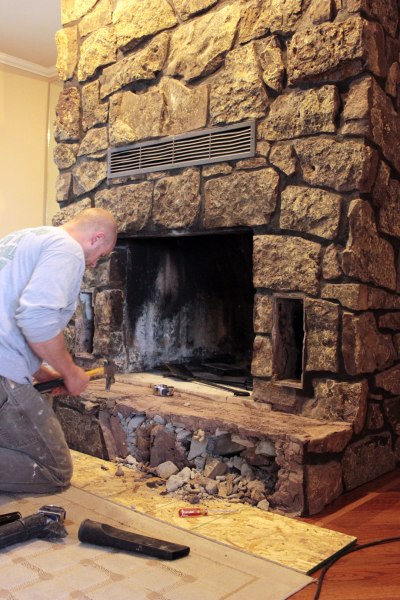 Seeing a pile of rubble inside wasn’t exactly a good surprise as we expected the cinder block to continue up from the basement.  Hoping to find better news, Ben cut a small hole in the sheet rock on the side of the fireplace.  Looked like rock and cinder block. 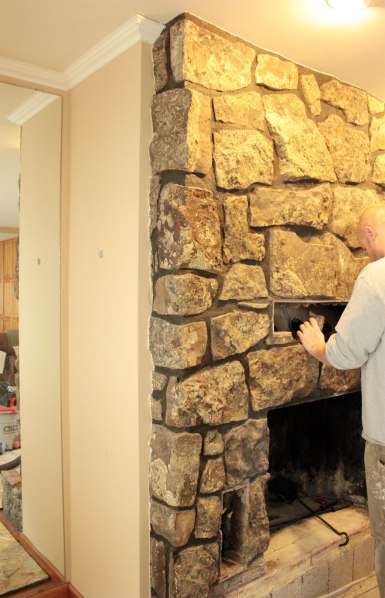 With nothing to lose, we pulled off the sheet rock to see what we were looking at. 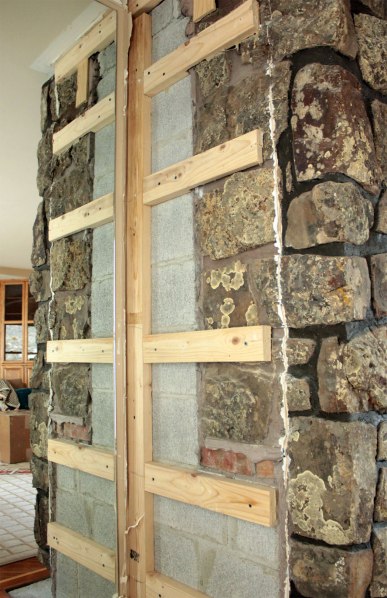 Cue the sad face, more rubble.  This was the biggest blow to our plans because this side extends into the hallway. 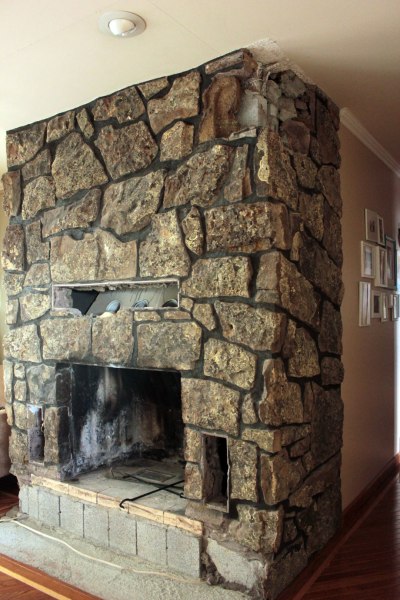 It seems this rock isn’t a façade, rather a structural part of this fireplace, which means it has to stay.  Now we’re stuck building over the rock, which is less than ideal on the hallway side.  We’ll build out as little as necessary over the rock to keep the hall as wide as possible, but we’re bummed.  Rebuilding the front isn’t as much of an issue because we’ve got space to extend, but we have to work within the confines of the inlaid floors. 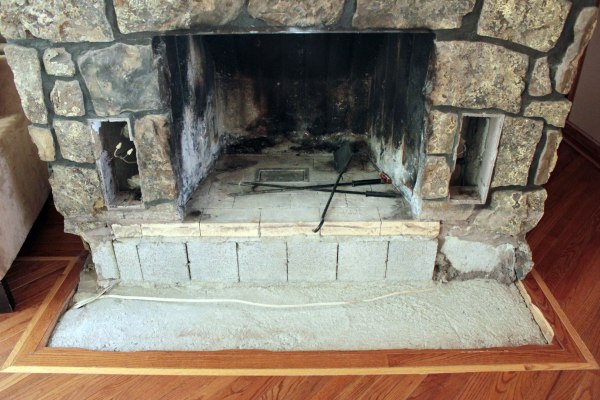 Until the insert arrives, our fireplace will look sad, like this.

With the insert, we’ll be able to get accurate measurements necessary to rebuild and reface.

P.S.  We realize removing/covering the moss rock isn’t for everyone, but neither of us have ever been fond of it, so we’re doing what works best for us.