Over the last week, we’ve been furiously tackling projects because our house is up for sale.  Most of the projects are small, like touch up paint, adding a few pieces of trim, and swapping out items we want to take with us to the new house. Two bigger projects lingered.  In addition to painting the living room, we had to sand, prime, and paint the kitchen ceiling.  Yes, six months of procrastinating later, we finally got ‘er done.  Actually, Ben did with a little help from his friends Orbital Sander and Shop Vac.  See, he had the genius idea to duct tape the hose of the vacuüm to the sander dust output thing. 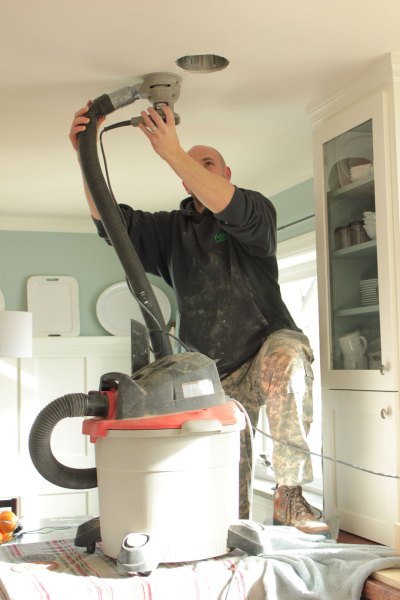 The result?  A nearly dust-less, quick, and smoothly sanded ceiling.  A little primer and more paint and our kitchen is officially done.  {Wrap up and budget post to come in the near future}  Just in time to sell.  Ha. 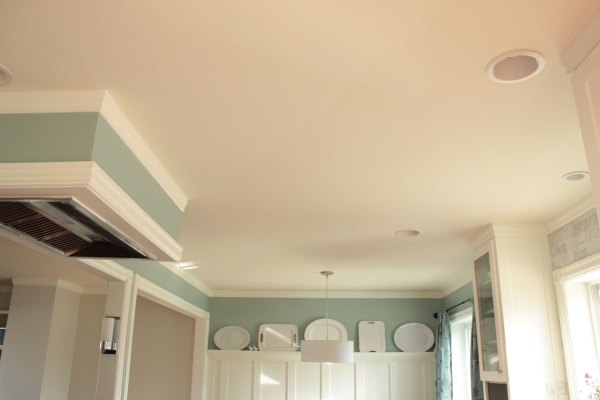 In other kitchen news, I swapped out the bubble glass knobs for plain Jane brushed nickel knobs.  Ben saw me mid-knob change and asked what I was doing.  I explained I planned  to use the knobs somewhere in the new house because similar knobs aren’t easy to come by.  He shook his head while explaining I was a crazy person. 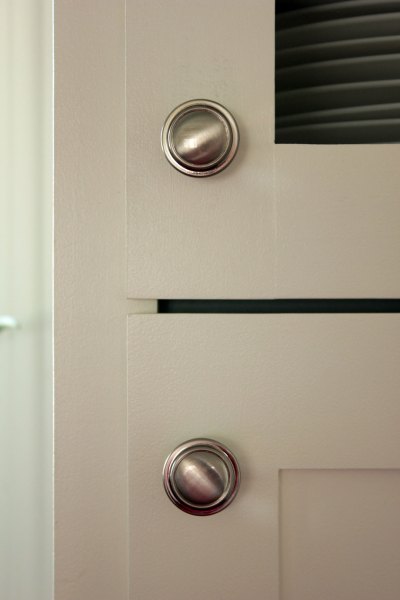 He may be right.  I may be crazy.  At least I’ll be crazy with pretty knobs.  Oh, Ben also used his ingenious sanding solution on the counters.  Then we applied another coat of Teak Oil.  It might not seem obvious in pictures, but in person, these babies shine. 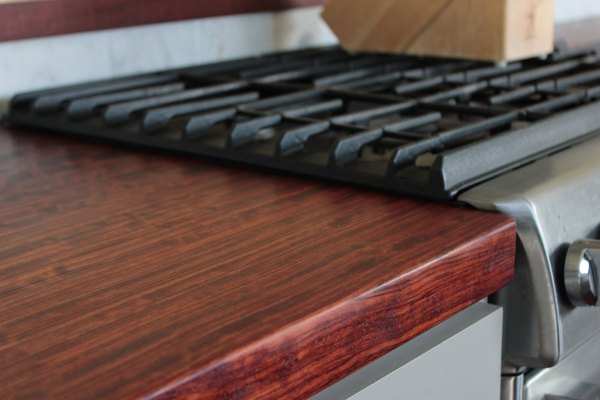 Another project we’ve procrastinated on is trimming out the laundry shelves.  Well, not anymore.  Not sure if I’ll have a chance to prime and paint, but it’s a step in the right direction. 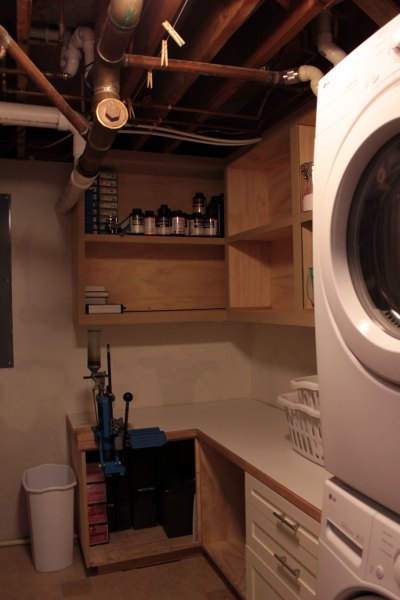 And we finally bought closet doors for the small basement bedroom.  We’re waiting for the paint to cure before install, but we’re getting there. 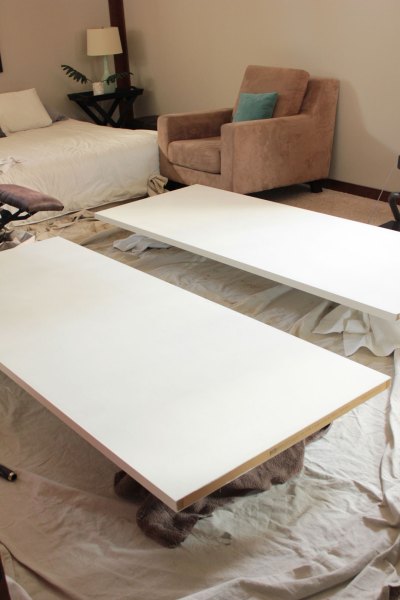 I also spent a little time taking down more art work.  Everything in the stair gallery wall. 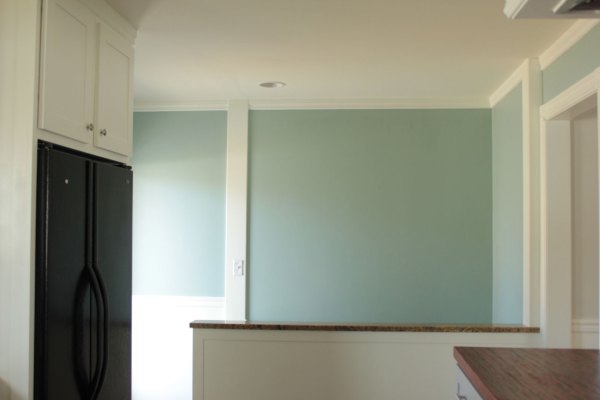 And most of the art on the ledge in the small basement bedroom.

Other miscellaneous touch up paint throughout the house and swapping out my home-made light fixtures in the bedrooms and my office has happened, too.  We’re hoping the weekend weather cooperates so we can finish up a little exterior soffit and fascia work and maybe some fencing.  Not the mask wearing sport kind either.

Yep, we’re getting there.  Bring on the showings!

Have you tackled any of your lingering projects recently?  What made you get your butt in gear?