Alternate title: Our house is finally a solid color.  Which is a lie.  Only two sides are painted.  We’re still waiting on windows for the front, then we can insulate, side, and paint.  But, here’s the progress on the back and garage end.  After installing the siding, soffit, and caulking joints we masked off the windows and doors.  I decided it would be easier to mask an inch or so beyond each window, then come back and free hand edge.  Instead of taping each slightly tapered edge of the window. 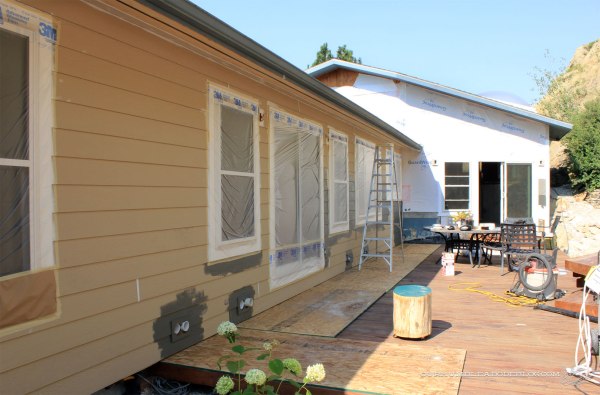 Living in a bubble for a few hours was strange. 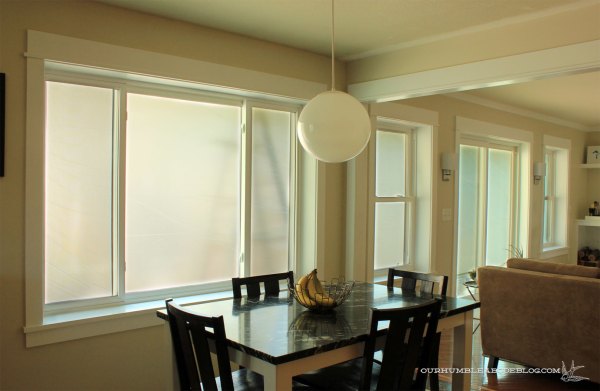 Once masked, the painting went lightning fast.  We used Behr’s exterior paint + primer in Mined Coal.  While stirring the paint, we worried it was too thick for the sprayer (we have this one, if you’re wondering) to apply properly.  Happy surprise, it sucked it up just fine and sprayed evenly.  Though it did use more than we expected.  Each side took about three gallons of paint, using six total.  One gallon should cover 300-400 square feet, we got 100.  Basically the single coat is equal to two or three normal layers. 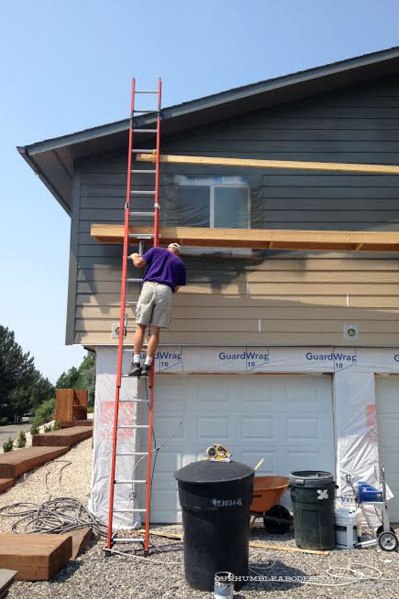 Only a few drips, too, I think because the paint is so thick.  So happy surprise number two, we didn’t have to apply a second coat.  Now the house looks dark and handsome. 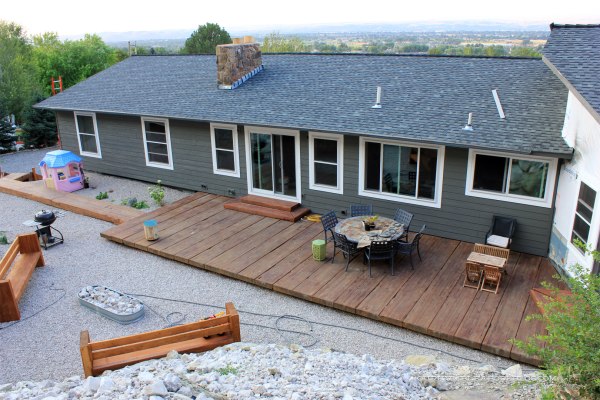 Especially compared to our blue starting point a few years ago. 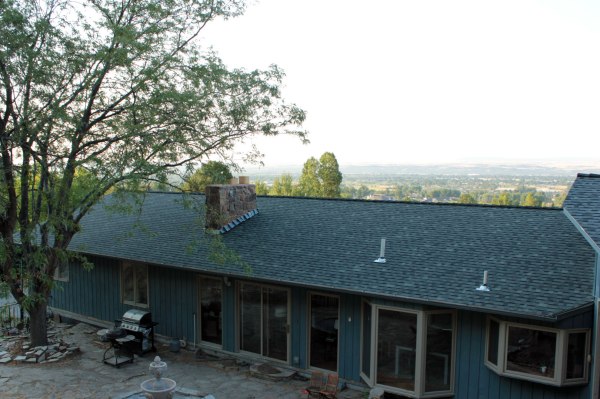 The soffit matches the siding, helping it blend in.  To simplify the process, we chose to paint before installing the steel.  One less thing to mask off, right? 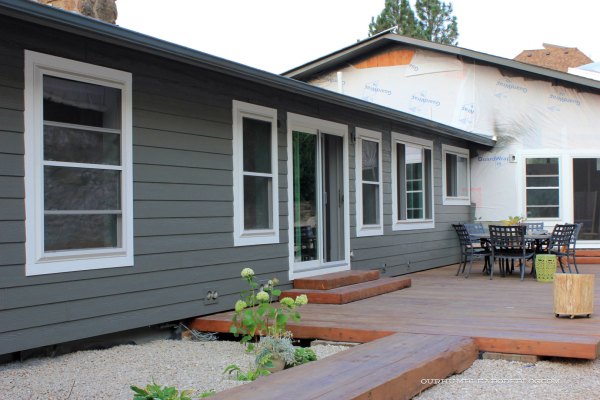 Missing vent covers are getting a few coats of paint, too.  New lights going in soon. 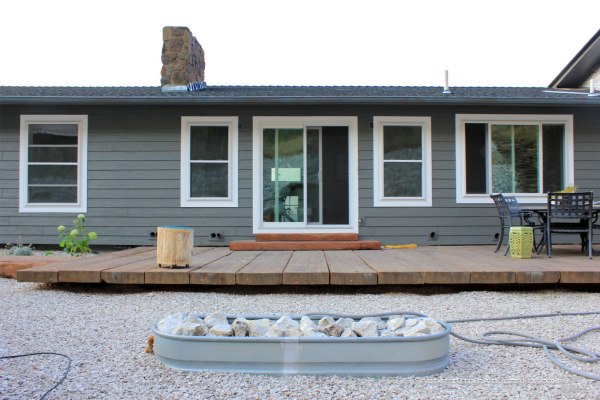 Next, measuring the steel and getting it installed. 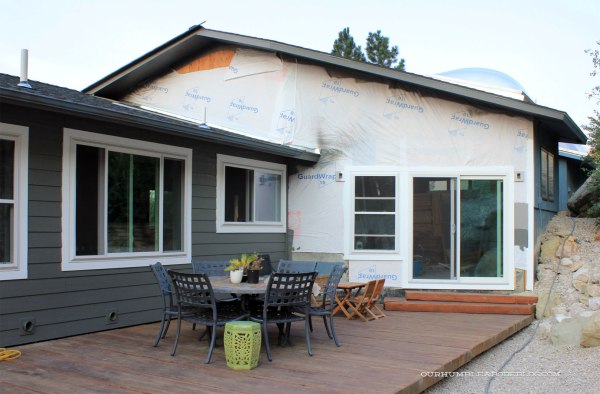 We still have a few areas, around the windows, on the higher garage end to touch up before we can take the scaffolding down.  Ben doesn’t trust me up there because I’m clumsy enough on the ground.  Apparently he doesn’t want me falling. 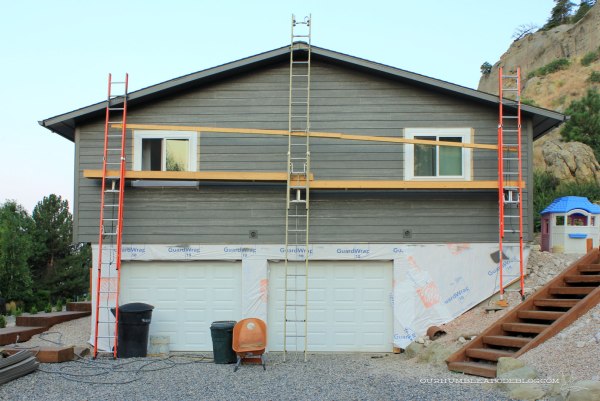 Painting went 100 times smoother and faster than I expected.  I think Ben spent maybe an hour actually spraying.  That sprayer kick ’em some booty, as the boys would say.  Masking everything off definitely took longer.  Cutting in each lap took the most time, but wasn’t difficult.  Now we have a much better view when we drive up.  I jokingly said we should paint the little play house to match, but I’m not that crazy.  Yet.  It’s just ugly.