About a year ago, a friend of ours bought a house filled with traditional, detailed trim.  She updated the trim by painting it white, which worked wonders, but she never loved the railing.  The glossy mahogany stained rail and detailed baulsters just didn’t fit her style.  However, the posts match other details throughout the house, so she wanted those to stay. 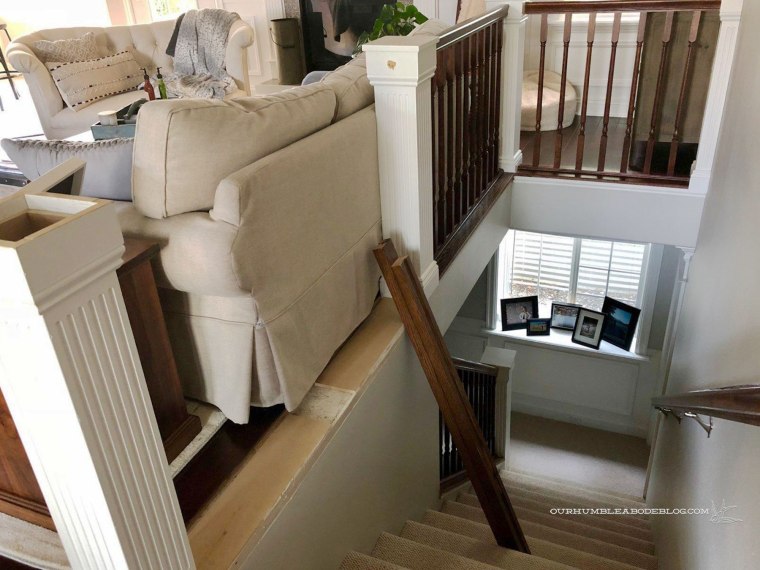 In addition to changing out the rail and baulsters, she wanted Ben to firm up the end post, which was held in place by angled brackets. 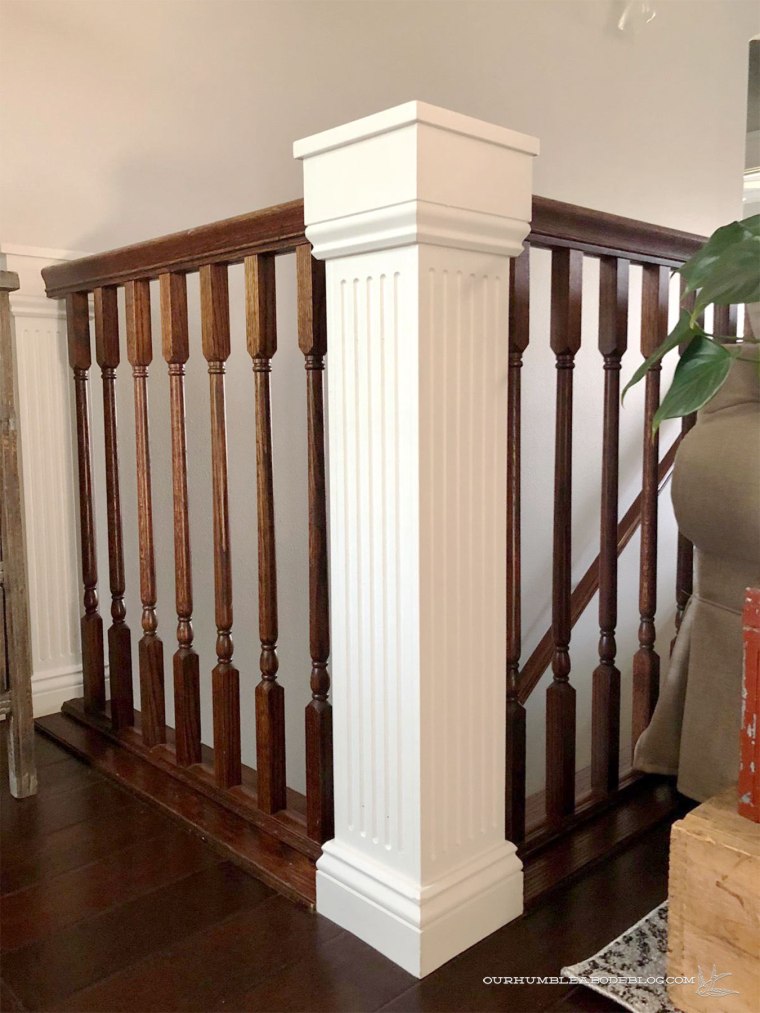 Ideally, she wanted something with straight, simple lines but not overly modern.  Also pieces with some heft to them to fit in with the chunky posts.  Initially, she had an idea to place horizontal metal pieces. 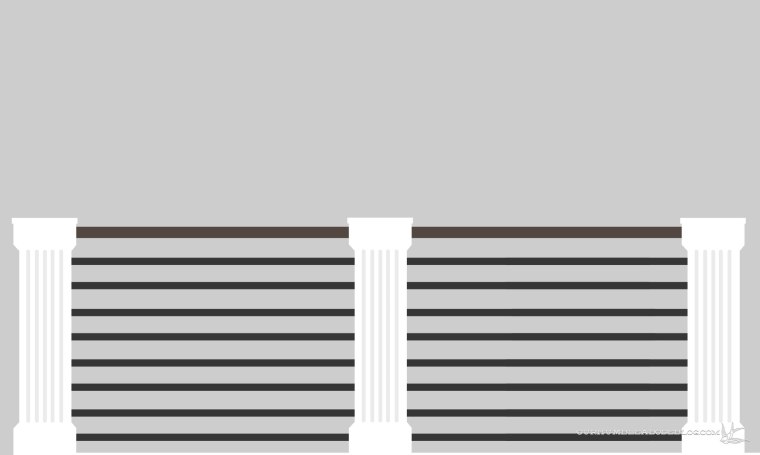 Due to the fluting on the posts, I didn’t think it would work well.  Then, we chatted about other designs.  Still wanting simple, but adding just enough detail to keep it interesting.  Maybe by adding one horizontal piece, breaking the baulsters up just a bit. 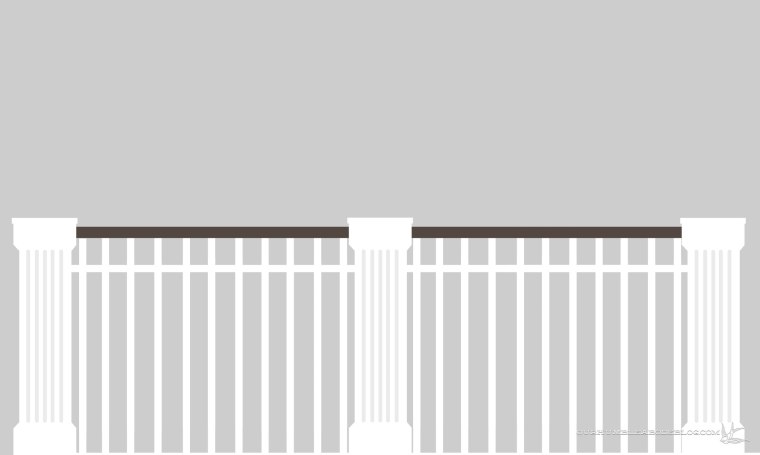 Or the same idea, but not continuing the baulsters above, terminating into the rail. 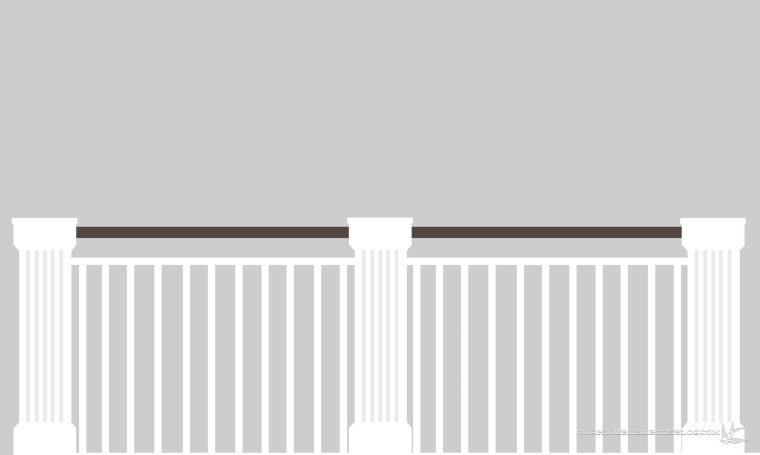 Maybe playing with spacing and pattern, something like this: 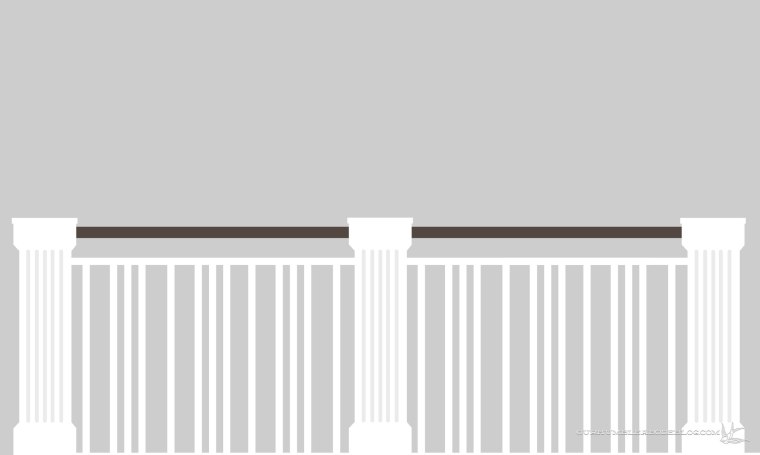 I love the mix of baulster spacing, but that horizontal piece would still throw a wrench in the system.  Regardless of the distance from the wooden top rail, the painted rail would have to tie into the fluted section.  Before ordering materials, I took more measurements and spread masking tape along the top rail, marking out spacing options. 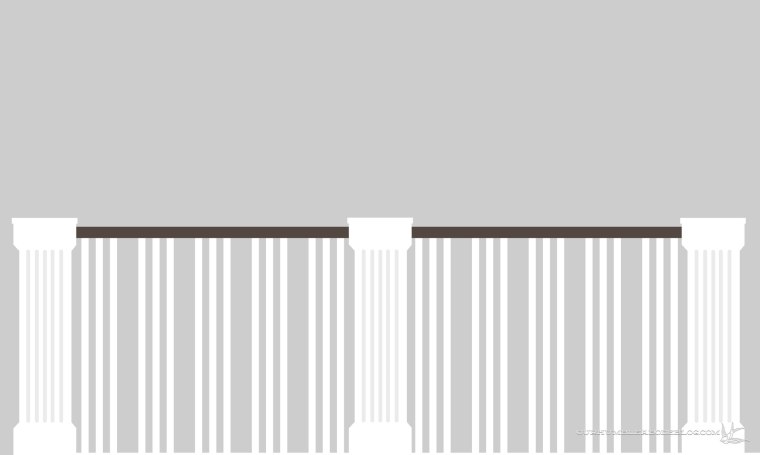 After testing various widths, I liked the spacing a group of three 1 1/4 inch square baulsters, spaced 1 1/4 inches apart looked.  It mimicked the repeat of the fluted detail on the posts, blending well with the traditional posts.  One call to explain and she agreed, so we set to work making it happen.  Stay tuned to see the real version.

3 thoughts on “A Railing Redo”